“When is the real doctor coming to see me?”

“I didn’t know ladies could be doctors, I thought they were nurses.”

Individually these comments from patients and others toward female healthcare professionals may seem insignificant, but when they regularly occur and are compounded with other inequalities, being a woman in healthcare becomes exhausting. The medical landscape is becoming more female – women now make up 55% of U.S. medical school students – but gender discrimination in healthcare persists.

The Majority of Women Have Experienced Gender Discrimination in Healthcare

Figure 1 polled female healthcare professionals from all over the world in the community. We asked if they’ve ever been treated differently than their male counterparts by either their patients (yes), colleagues (yes), or both (yes). They’ve been paid less, asked about pregnancy plans, and – no surprise – many physicians have been assumed to be nurses.

“When we are paired up with male colleagues, patients would ignore us and automatically assume that our male colleagues are the real doctors. I say most of it is due to ignorance, but it still hurts anyway.”

One internist said she was told “female physicians are not compatible with challenging specialities.” Others commented saying, “How many times [have I] heard ‘how are you going to be able to be a good mother if you are a doctor?’” A urology resident said only on rare occasions is she called ‘doctor.’ Her colleagues also “think that it’s fine to comment when I am going to get pregnant, or to think that I am weaker so I can’t be in the OR all day.”

The Darker Side of Sexism and Gender Discrimination in Healthcare

Sexism in medicine doesn’t end with insults and slights, however. Unwanted sexual attention, harassment, and even violence is a unique threat female healthcare professionals face, from both patients and colleagues.

To make matters worse, some men in positions of power in medicine are now afraid to mentor women, for fear of false allegations of sexual misconduct, according to the New England Journal of Medicine.

The founding of Time’s Up Healthcare, a movement fighting for safe workplaces, brings these stories out into the open. This movement is especially vital for women of color, who face an additional layer of racial harassment. A paper published by the National Academies of Sciences, Engineering and Medicine found that women of color report significantly higher numbers of feeling unsafe and hearing more sexist remarks from their peers and supervisors than any other demographic.

Thread: Had one of the most frightening and traumatic moments in my career last night. My patient attempted to choke me with my stethoscope. Thankfully there was another nurse in the room with me when it happened or I don’t think I would’ve been able to get his hands off me.

One licensed practical nurse said, “I have seen parents slap nurses in the face. I have seen a nurse physically attacked in an empty room. I have heard a parent threaten to come in and shoot staff. I have seen parents bring weapons into the facility while visiting their children. The facility did nothing to protect their staff. They won’t call police because then it would show in public records that it is in an unsafe place.”

This is just the beginning. This International Women’s Day, and every day, Figure 1 is committed to making sure these conversations continue, both on and off our platform. 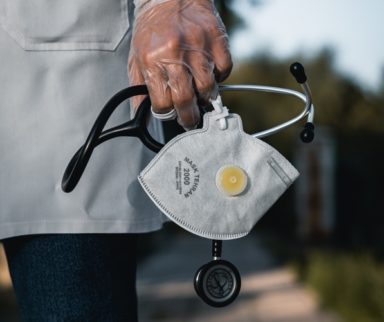